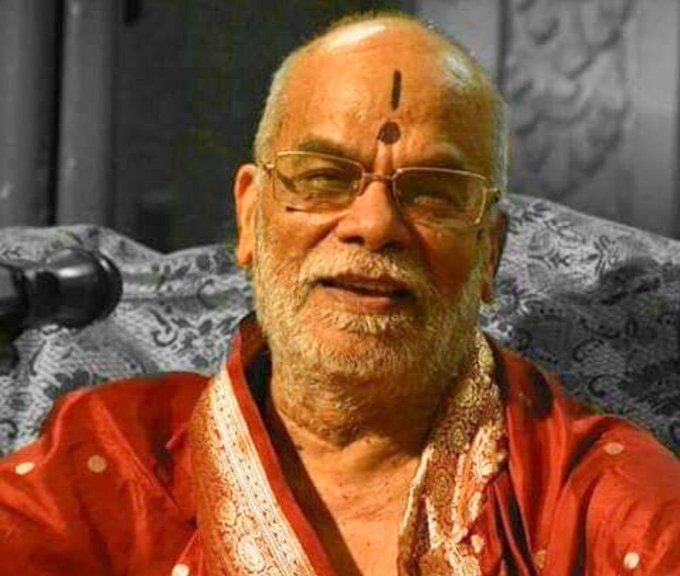 Shree Samsthan Gokarna Partagali Jeevottam math is one of the three religious orders of the Gowd Saraswat Brahmin (GSB) community (the other two being Shree Kaivalya Math and Shree Kashi Math). HH Srimad Vidhyadiraja Theertha Swamiji  was the 23rd Swamiji at  the Gokarn Math lineage which is said to have been founded in 1475 AD and has a history of 546 years.

Srimad Vidyadhiraja Teertha Swamiji was born on August 3, 1945, at Gangoli, in Udupi district. His birth name was Raghavendra Acharya. He was given Sanyas Deeksha on February 26, 1967, at Shri Ram Mandir Wadala, Mumbai by his guru and predecessor, Shrimad Dwarakanath Teertha Swamiji. He succeeded as the head of the math following the demise of his guru on April 5, 1973, and thereafter tirelessly working for the spiritual upliftment of the followers, the prime duty cast on the maths. Under his leadership, numerous old temples and math branches were renovated and rebuilt. He is also credited with reviving the ancient modes of worship like yagas and yajnas and undertaking pilgrimages to holy places, including the remote part of the Himalayas. He has also headed the numerous charitable and educational endeavours of the math.

In Feb 2017 Swamiji anointed Sri Uday Bhat Sharma as his Shisya and successor, giving him the name Shri Vidhyadheesh Theertha.

Many of us may have had several interactions with our Pujiya Swami ji. I know I did when I was very small I was blessed by Swamiji at the Dwarkanatha Bhavan in Wadala after my Munji. He advised me to worship my parents and never to let them down. I will forever cherish those words.

Now H. H Srimad Vidyadhish Theerth Swamiji  will carry the Guru Shisya Parampara a tradition that dates back to when the Gokarn Math was started.

Given below are some of the precious video links to Swamiji’s pravachan on the History of Gokarn Math in his own blessed voice.